The borough building only has one door available at this time. Please use the door with the accessibility ramp to enter the building.

There are no upcoming events at this time.

Check back soon for more events and programs!

Charlotte and the rock

Charlotte wanted a pet. But who wants a rock?! Let's find out if a rock isn't such a bed pet, afterall. Stephen W. Martin's book is sure to make kids think twice about getting what they ask for.

"Rubin and Salmieri, the team behind the equally hilarious "Those Darn Squirrels!," bring their kooky sensibility to this irresistible story about what can go wrong at a taco party for dragons... The dragons may screw up the party, but this book gets everything...

The Carrolltown Public Library opened on January 22, 1965, thanks to the efforts of many people. Special thanks to Mrs. Mary Sharbaugh, Mrs. Alice Farabaugh, Mrs. Betty Smith, and The John Carroll Area Development Association. The library was dedicated by Governor Scranton on May 29, 1965. Mrs. Mary Sharbaugh was the first librarian. The library was first located in the old public school building on East Carroll Street. It was later moved to The Carrolltown Municipal Building at 140 East Carroll Street.

In 2019, The Carrolltown Public Library was awarded a PA Forward Bronze Star to commemorate our commitment to 5 key literacies that strengthen public library services. Learn more at PAFoward.Org 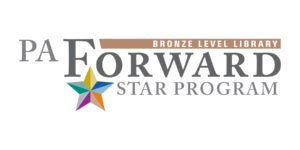