The Northern Cambria Public Library is seeking a part time assistant director/circulation desk librarian. See job description. The candidate for this position must have effective communication and interpersonal skills, time management skills, and the ability to work...

On the go? Place books on hold in our Online Catalog and we will call to schedule a time for your to pick up your items. Borrowing books has never been faster!

Check back soon for more events and programs!

A captivating story that weaves itself in to another great addition to Fern Michael's Sisterhood series.

Paris for One and other stories

The history of library service in Northern Cambria County started in what was then the Borough of Barnesboro. The Barnesboro Library Association was formed in February of 1958, following a meeting called by Fr. Augustine Cestario, the pastor of Mount Carmel Roman Catholic Church. Father Cestario’s belief was that a citizen of a free democratic society should have the opportunity to continue his education throughout his lifetime. On April 20, 1956, the Barnesboro Public Library opened in donated space on the sun porch of the VFW.

A need for library services in Spangler Borough was evident following a successful summer reading program for children. That led to the establishment of the Spangler Public Library in 1957. The Barnesboro Library staff and board provided the leadership for the founding of the Hastings, Patton, Nanty Glo and Lily public libraries.

Bookmobile service was established in 1961 with a grant from the State Library. A historic event in the annals of libraries in Cambria County occurred when County Commissioners Joseph P. Roberts, Hiram Ribblett and Frank Burns signed a contract with the Barnesboro public Library in February 1961, to provide funds for a bookmobile and to assist the rural community libraries. It was the first county money ever contributed toward library services in Cambria County. The Rural Library Demonstration Project gave Barnesboro Public Library the status of a County Library. The proposal was written and directed by Eleanor Lantzy, volunteer Librarian.

The Northern Cambria Public Library was formed on January 1, 2000, when the boroughs of Barnesboro and Spangler officially merged and became the borough of Northern Cambria, PA. The library is a merger of the former Barnesboro Public Library originally founded in 1956, and the former Spangler Public Library, originally founded in 1957. Many hours of work went into merging the two Boards of Directors, creating new by-laws and new articles of incorporation, and filing new 501c (3) papers.

In December 2003 financial considerations led to the closing of the South building and the shifting of all materials, computers and services to the North building.

In an effort to make the Northern Cambria Public library more user-friendly several improvements were implemented. A book drop-off was installed for after hour returns. The Children’s Department was upgraded. High school students from Northern Cambria High School added wall murals to brighten the décor. A community room was renovated for use as a community room, Director’s office and local history section.

Due to a failure of a section of brick parapet that was scheduled to be repaired, the library was temporarily closed on July 18, 2019. Board meetings were moved to St John’s Methodist Church and children’s events were moved to St. Paul’s Presbyterian Church. After determining that a repair was impossible, it was decided to relocate to the NORCAM building on 4200 Crawford Ave. The Prince of Peace Activity Center is serving as a temporary storage facility for items that would not fit at the new site.

Plans for the Future

Current plans call for the demolition of the old building through the Cambria County Redevelopment Authority. It is our goal to build a new a library. With our community’s support, it is our hope to have a single story, energy efficient, state of the art Library. 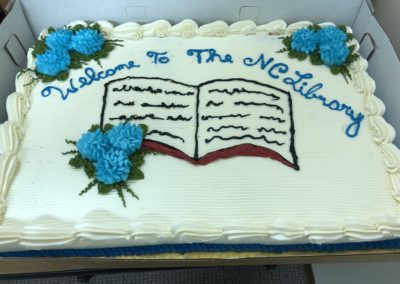 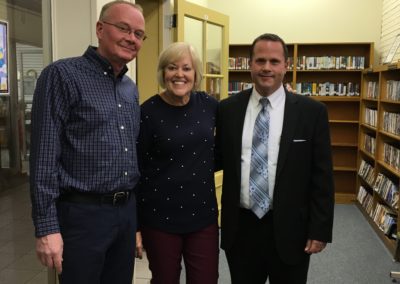 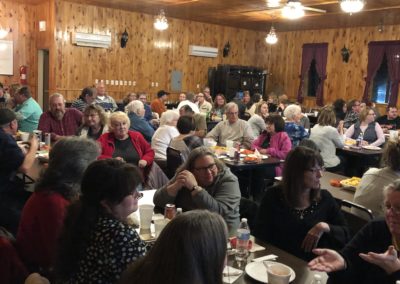 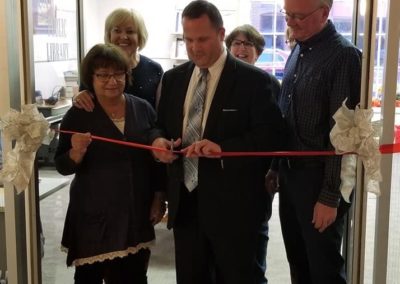 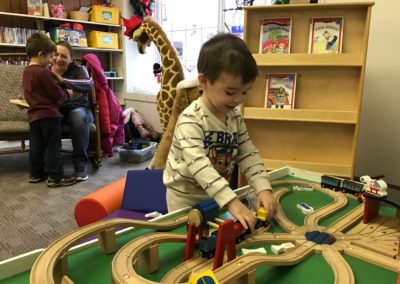 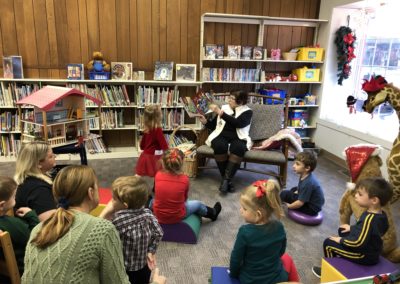 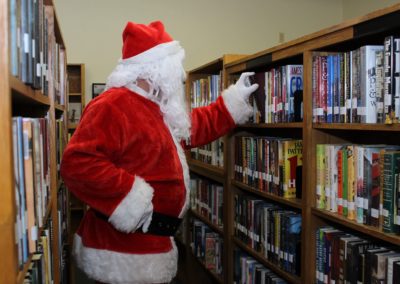 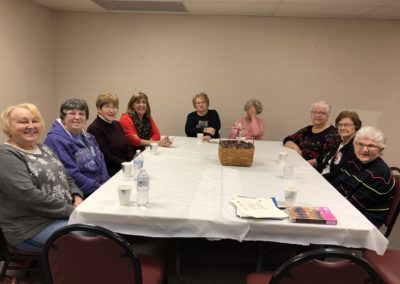 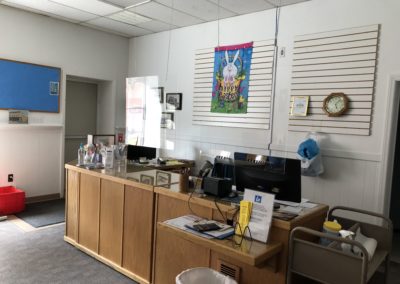 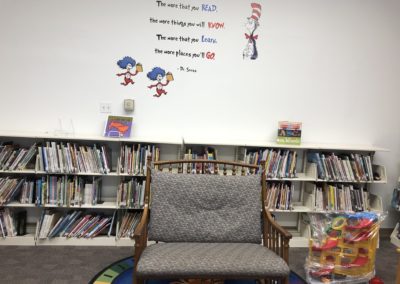