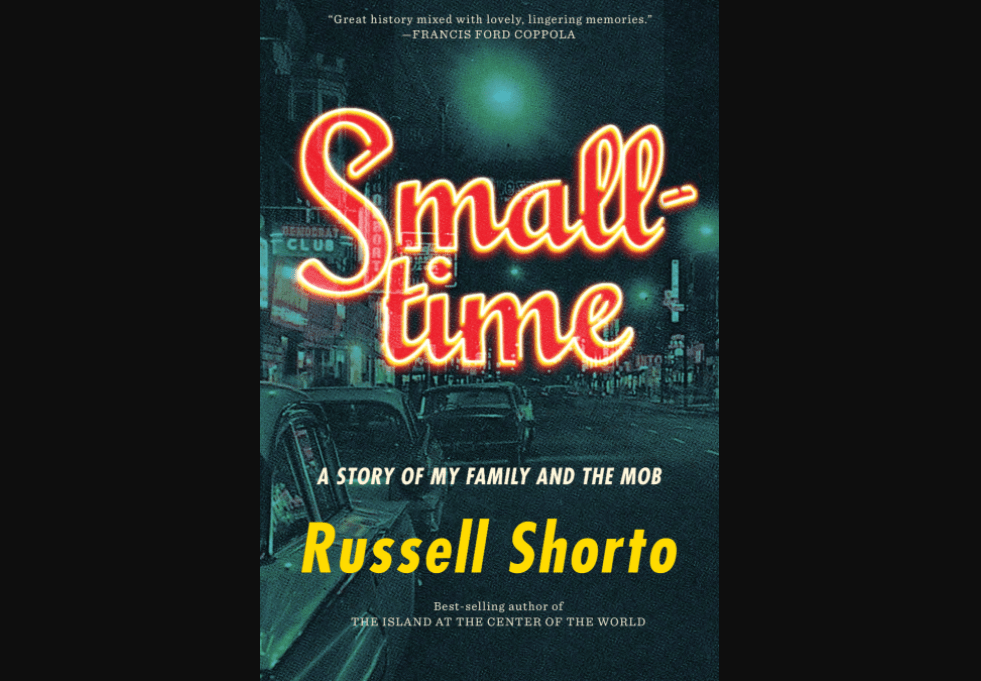 We are delighted to partner with Johnstown Area Heritage Association (JAHA) to present this free virtual event! Johnstown native Russell Shorto will discuss his book Smalltime: A Story of My Family and the Mob, with JAHA President Richard Burkert.

You think you know the mob. We all think we do. Push that image aside, because best-selling author Russell Shorto’s funny, tender, and dark book puts this infamous American institution in a radically different light.

Set within his own family—and centered not in a big city but in the once-bustling steel town of Johnstown, Pennsylvania—Shorto’s take on the mafia shows how it was woven into the fabric of everyday life, and deep into the lives of families, in small cities all across the country. In this case, his grandfather and great-uncle ran the rackets, and effectively ran the town.

“Like other mob bosses all over the country,” Shorto says, “my grandfather created a regional ‘bank.’ He made loans that he didn’t expect to be paid back. He sent people’s kids to college. There’s a vicious tradeoff in his story, which reminded me of the lives of the robber barons. He was a pretty bad guy, who wrecked lives, especially in his own family. Yet he also pulled himself out of poverty and became a pillar of the community. He was an American success story.”

Fans of Shorto’s previous work—from the best-selling Island at the Center of the World to Revolution Song: A Story of the American Revolution in Six Remarkable Lives—know him as an incisive writer of broad narrative history. This time he gets personal, and goes deep. He draws on his hometown’s police records and FBI files obtained through Freedom of Information Act requests, but the heart of his material is hundreds of hours of interviews with family members and the town’s now-elderly “wise guys” (the Panera Bread Guys, he calls them, because he meets up with them at their favorite hangout), which helps him to conjure up a picture of a tough, vigorous factory town, full of brawn and bitterness and heart, that is a stand-in for hundreds of others across the country.

As Shorto dives delightfully into his stash of material, researching his grandfather’s era with the help of his ailing father, the mobster’s eldest son, what comes to life is nothing less than a portrait of America at midcentury, one that shows the mafia as a kind of public utility, offering entertainment as well as a social safety net as it stood up to discrimination and flouted the law. Of course, there’s also its threatening side, and Shorto also traces a trail of pain that weaves through the generations of his own family, building to a heart-stopping denouement.

The author dedicates his book to “all the Shortos.” But it is also for those the Shorto family represents: our immigrant ancestors who, in towns and small cities across the country, whether by building legitimate businesses or joining ethnic gangs, claimed their own corners of the economic and social space of a country that tried its damnedest to shun them.